We are now in far eastern Ohio and the hills are beginning..... 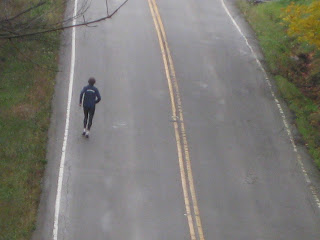 Although we are less than 500 miles from the Atlantic we know what remains is going to be tough. The relentless hills of Pennsylvania will take it out of us for at least a week. 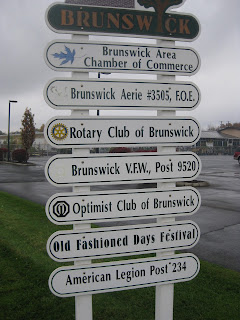 Here are some local organisations in Brunswick. As is common throughout the US sections of highway are sponsored by these organisations who undertake to keep that section free of litter. The Optimist Club of Brunswick are one such outfit - but why they think anyone would drop litter remains a mystery. 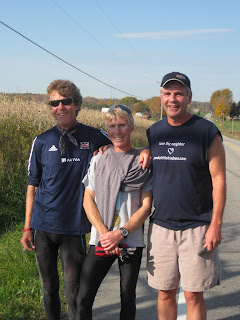 Today we were honoured to be joined by Jim McCord, who ran across the US in 2002. He drove from Kentucky to be with us - what a star. In 6 miles of running with us Jim proved that his transcontinental skills hadn't left him. He found a screwdriver and a working LCD watch in the breakdown lane. Jim took up running just one year before he ran across the US. IMAGINE THAT!!

Finally, here's  a picture of what a typical morning now looks like when we start running. 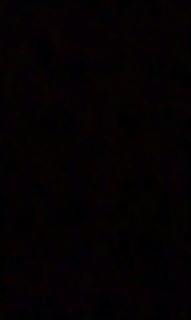