We haven't seen a cloud in the Nebraskan sky for four days - not even a single wispy line to shield us from the remains of the Summer. At 5 o'clock today a neon sign outside a bank said 83 degrees. Surely the Autumn will arrive soon?!

We have again been struck by our inability to judge distances even when this is too early in the day to blame the effects of beer. When the grain elevator in Central City came into view way down the road we estimated that it was 5 miles away. After 40 minutes of slowish running directly towards it  we then estimated that it was still 4 miles adrift. When we  arrived in town we were standing next to a square, white, block type building of truly immense proportions - similar to an albino version of Guildford Cathedral. 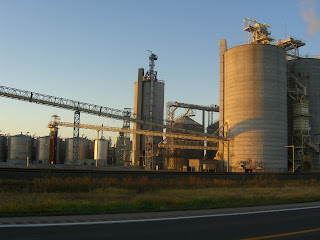 For those of you who don't have the faintest idea of what a grain elevator looks like, here's an example of a far more circular one  from  earlier in the day. 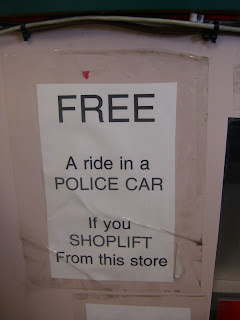